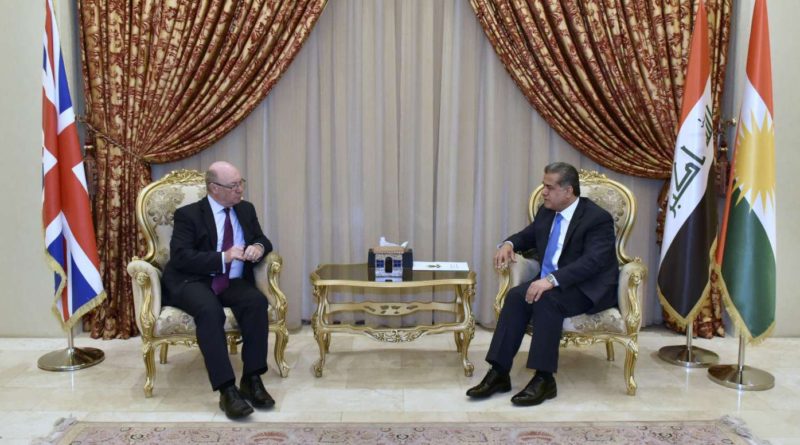 Minister Mustafa welcomed and thanked the Minister of State for their kind visit. During the meeting, the Minister briefed the delegation about the regions latest political and security developments, Erbil-Baghdad relations, and the Kurdistan Referendum, stressing the firm-stand of KRG to conduct it on September 25. The Minister also emphasized areas of cooperation to further enhance the bilateral relations between Kurdistan and United Kingdom.

Mr. Burt, expressed his delight for visiting Kurdistan Region for the second time, and assured the Minister that United Kingdom will continue its support to Kurdistan, continuing its cooperation in areas of politics, economic, humanitarian, and business.

Both sides agreed that peaceful dialogue between Baghdad-Erbil should be supported, highlighting KRG’s needs for assistance in areas of investment, tourism, agriculture, and capacity building.