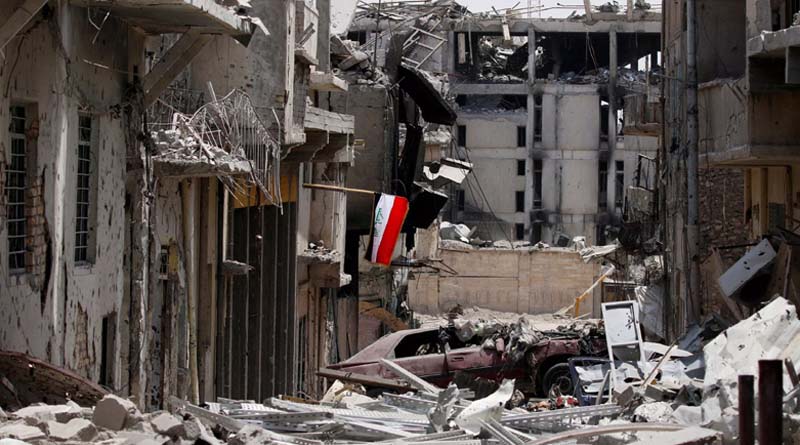 ERBIL (Kurdistan 24) – Twenty-one candidates have so far presented themselves for the post of governor for the war-torn province of Nineveh in northern Iraq, a member of the Nineveh Provincial Council (NPC) revealed on Monday.

One week ago, the NPC opened the nomination process for the post of governor.

The move came after incumbent governor Nawfal al-Akub was sacked and an arrest warrant issued against him by the Iraqi federal government following the Mosul ferry sinking that killed over 100 people.

“Since the nomination process began last week, 21 people have so far presented their names as candidates for the post of Nineveh Governor. Among them is a female candidate,” Barakat Shamo, the head of the Brotherhood and Coexistence bloc in the NPC, told the KDP website.

“Wednesday is the last day for nominations. We expect the number of candidates for the post of Governor to exceed 40,” Shamo stated.

The Nineveh Provincial Council (NPC) is made of 39 seats, three of which are reserved for minority groups. The Brotherhood and Coexistence is the largest bloc with 11 seats, followed by Mutahidoon’s 8 seats.

Regarding the governor’s two deputies, Barakat stated that the position of the first deputy is entitled to go to the Kurdistan Democratic Party (KDP).

“Once the governor is elected, we will submit our candidate,” he added.

The Islamic State emerged in Nineveh’s Mosul city in June 2014 and soon expanded to other Iraqi provinces. The jihadist group claimed Mosul as the capital of its self-proclaimed caliphate.

The province in general and Mosul in particular suffered significant damage during the three years of war waged against the Islamic State.