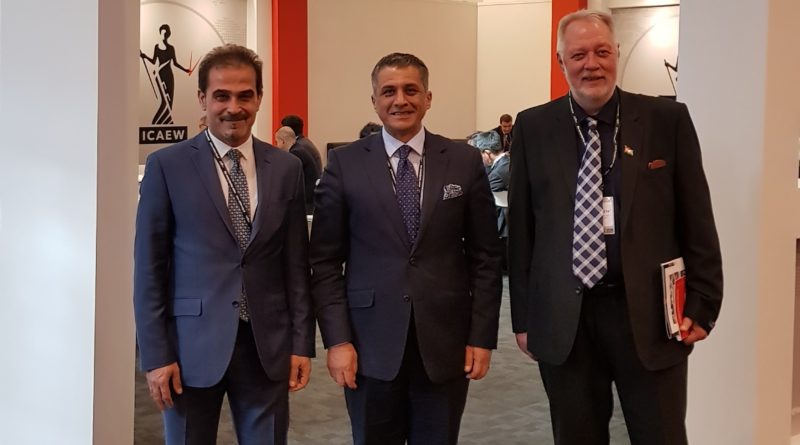 London, United Kingdom (uk.gov.krd). Over three days, they met shadow ministers, MPs, activists and other diplomats as well as watching the debates, including the speech of Labour Leader Jeremy Corbyn.

Representative Tahir outlined the historic complexities of the Middle East in which the interests of non-Arab populations such as the Kurds, the Jews and others have been neglected amid conflicts between the great powers and the schism between Shia and Sunni peoples. He stressed that “it is necessary to overcome the notion that the Middle East only has an Arab identity.”

He advocated the need for pluralism and democracy in the Middle East to reduce extremism and increase dialogue. He also defended the right of the Kurds to hold a referendum a year ago to begin dialogue with Baghdad and described how the Kurdistan Region overcame the federal government’s attempt to “crush, undermine, and dissolve the Kurdistan Region’s institutions” and is seeking a constitutional deal with the federal government, which requires international backing, including from the Labour Party.

He urged Labour to engage with the Kurdistan Region through the Westminster Foundation for Democracy so that Kurdistan can become stronger, assist democratic development in the wider region, and enhance freedom and stability.

The meeting was chaired by shadow minister Tracy Brabin MP, who joined an APPG delegation to Kurdistan within weeks of her election after the murder of her friend and predecessor, Jo Cox. She recalled how impressed she was by the progressive and pluralist nature of the Kurdistan Region and stressed that self-determination was part of the conversation.

The Labour MP for Ipswich, Sandy Smith, said his constituency had a strong Iraqi Kurdistani population, that he has long been aware of the Kurdish plight and backed the principle of self-determination and human rights for Kurds. He pledged to assist Kurds in Ipswich and nationally so they are not marginalised.

The KRG High representative was accompanied by Khasro Ajgayi political and media directorate and the APPG secretary Gary Kent.